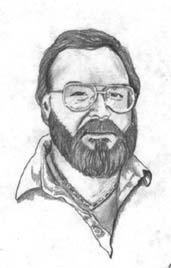 To an outsider, managing a resort, marina, campground and mobile home park looks marvelous and exciting and you have a beautiful place to work, lots of expensive boats to look at and such nice customers who just want to have fun and fish. So how do I explain that what I do is actually work?

When anyone asks what I do, I tell him or her the following:
I am a real estate developer, financial planner, accountant, and bill collector and sometimes I have to evict.
I am a government affairs specialist and environmental regulations expert. I answer to 33 branches of State, Federal and Local Government.
I am the tour guide, director and local historian.
I am the boat show set up guy, clean up and salesman.
I am a lobbyist, ambassador of good will and a diplomat.
From time to time I have been an architect, builder, contractor, demolitions expert, plumber, designer, electrician, forester, carpenter and garbage hauler.
My customers assume I am a weather forecaster and meteorologist so I got a weather radar satellite and do the weather on the local radio station daily from 8 to 8:30 am daily.
I am a party planner and take reservations. I am the food and beverage consultant, host, and head of the clean-up crew. I clean the bathrooms and take out the garbage.
I am the landscape designer and architect, grounds keeper, environmentalist and chief of the weeds, pest and bird control.
I am the marketing manager and oversee promotions and advertising.
I hire and then fire the dead beats who didn’t want to work and be a team player.
I am a restaurateur, boat salesman, merchandiser and retailer.
I am the safety inspector, fire chief, rescue expert and lifeguard, dock master, the captain, and the crew.
I am a giver, a helper, teacher and a donator.
And I am a joiner and a people person.

Martial Status: Married in 1971 to Janis Greene of Camden, with no children

Owner and CEO of Birdsong Resort/Marina & Campground on Kentucky Lake since 1980, a Benton County family owned business since 1961. Owner and Promoter of HeavyWeight Promotions. Owner of North America’s Only Freshwater Pearl Farm and Museum

1968-69 University of Tennessee at Martin, Business

1995-2002 Member of the Nashville Area Chamber of Commerce

1985-2004 Member of the Jackson/Madison County Chamber of Commerce

2002-2004 Member of the Williamson County/Franklin Chamber of Commerce

1999-2003 Member of the Delta Heritage Center in Brownsville, Tennessee

1965-2004 Member of the Marine Retailers Association

1988-2004 Member of the Tennessee Press Association

Past Board member of the Tennessee Outdoor Writers Association

2002-2004 Honorary Member of the Tennessee Association of Broadcasters

Past Board of Directors of the Tennessee Association of Campground Owners

1995-2004 Member of the Memphis, Jackson and Nashville Convention & Visitors Bureau

1992-95 State of Tennessee Mussel Advisory Board

1994-96 Chairman of the Tourism Salute to the Legislature

1992-96 Board member of the Tennessee Tourism Roundtable

1993-2004 Executive Director of the Tennessee Association of Resorts, Marinas and Marine Dealers

1995-2000 Originator and developer of the Tennessee River Runs Through

2002-2004 Member of the Tennessee Association of Registered Lobbyists

2004-2006 Chairman of the Recreation Subcommittee for Conservation

2004 Member of the Tennessee Association of Museums

18-year member of the Tennessee Lodge of Research

26 year member of the Scottish Rite with 32 degree & 10 years as Marshall of Ceremonies and Captain of the Guard, Consistory Lodge 2, Nashville

Past member of the Eastern Star # 490, Holladay

Past member of the Commandry York Rite of Paris

Past member of the Tennessee Scenic Rivers Association

Past President of the Camden Jaycees

2001-2003 Tennessee Association of Crafts and Artisans

2002-2004 Member of the Tennessee Historical Society

2002-2004 Member of the Democratic Society of Benton County

2003 Committee member of Tennessee Statehood Day for the 96th Bell

Duck and Goose and Turkey hunting

Visiting all the Masonic Lodges across Tennessee

Being an Ambassador of the Great State of Tennessee through economic and community development, tourism and emergency management and supporting Masonic work

Being Santa Claus for underprivileged children

Be involved in local, state and national events, gatherings and current affairs

The Art of Negotiating

Getting better educated through home study and night courses

and being a Pearl Tour Guide on Kentucky Lake

Searched and rescued over 2 dozen lives

Being Baptized in Birdsong Creek by my good friend and Methodist Preacher, Larry Woodruff in 1988

Hiking atop and overnighting at Mount LeConte el. 6,643 in the Great Smokies National Park 10 different times from 1961 to 1992 with UT Basketball Coach and National Champion / Olympic Winner Pat Head Summitt and with Wildlife Artist of the Year Ralph J. McDonald

Visiting the only saltwater pearl farming operation in North America in Mexico’s Sea of Cortez, also known as the Gulf of California, the balmy body of water separating mainland Mexico from the narrow Baja peninsula in Guaymas, Mexico

Taking a week long trip in the fall of 2003 with Governor Bredesen and Economic and Community Development Commissioner Matt Kisber to Osaka and Tokyo Japan on a industrial recruitment mission. While there, visiting the island of Mikimoto and taking in the Pearl Farm, Tour and Museum in Toba Bay and dining with Ambassador Howard Baker and wife Nancy at the United States Embassy in Tokyo

The 103rd General Assembly legislative introduction, passing, signing and photograph on April 26, 2004 with Governor Bredesen, Senator Herron, Representative Borchert and many others including my staff at the Old Supreme Court Chambers in the Capital thru Public Chapter 506 amending the original public chapter creating the Tennessee River Freshwater Pearl as Tennessee’s Official State Gem and the Historic Site of the Pearl Farm and Museum at Birdsong Resort and Marina on Birdsong Creek in Benton County west Tennessee.

Bob gets a first hand glimpse of the 9/11 Disaster
Click here to view some of his personal pictures. 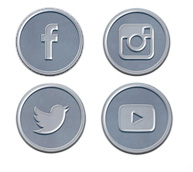