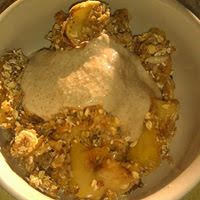 Our culinary artist, Natasha Daize, graduated from Camden Central High School with Honors in 2002. Over the course of the next several years she would attend: The University of TN-Martin, Murray State University in Kentucky, Southeast Community College, the University of Nebraska, & Union College in Lincoln. She maintained the Dean’s list at each of these institutions of higher learning. After earning 41 credit hours with an overall GPA of 3.4; she was compelled to leave University to attend a manual labor training school in West Tennessee. She claims to have learned more practical life-skills (including gardening & plant-based cooking) while training as a Medical Missionary than during the several years she studied at University. Just after attaining her Certificate in 2015; Natasha was commissioned to Canada for an all-expense paid trip to utilize the skills that she had attained. During this mission trip she assisted an astounding Russian Gardener, Chef & Baker in facilitating cooking classes for the public. Attendees ranged from 7-40 people per class which were hosted in various areas throughout Manitoba, including Winnipeg. Shortly after returning to Tennessee she became Assistant Manager at the local health food store in Benton County. Not long after, she was hired 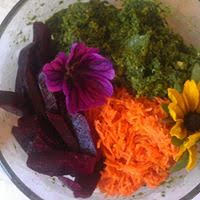 by a Medical Doctor in Camden where she enjoyed serving the community until she realized discrepancies between the diet she was asked to promote to patients by the M.D. & that which she had learned during Anatomy & Physiology courses alongside studying the original diet given to humans in Eden by their Creator. Natasha did not wish to violate her conscience by promoting that which would in turn lead her neighbors to violate the laws of health so she resigned from her position as Public Relations Coordinator & Assistant to the M.D. In Summer of 2017, Natasha was approached by a board member from Lee Academy for the Arts in Paris, TN who encouraged her to teach healthy cooking classes where she has since been teaching periodically (www.schoolforarts.org/vegan-cooking). In December of 2017, Natasha founded her own business, “Healing Hearts” (located in Benton County) whereby she & her team offer Health Consultations, DAY-SPA packages for ladies, Gardening Seminars & 10 or 18 day Health Retreats for those with ailments who desire a more natural approach to recovery. In March of 2019, Natasha officially opened her all-natural skin-care line “Earltopia: Soaps & More.” Her desire is to offer products made with the finest essential oils for fragrance (rather than mainstream ingredients that typically contain pheromones & blood from animals) 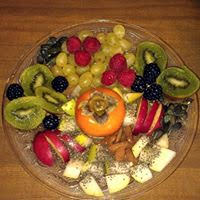 and natural colorant from plants & blossoms rather than harsh dyes. Her products are available for purchase from the Pearl Museum. “Earltopia: The brief moment in time when you’re appreciated & honored as you should be.”

We are pleased to have Natasha on our family team here at Birdsong Resort & Marina and look forward to ministering to the health & well-being of our neighbors, guests, & visitors.

The claims, suggestions, instruction, teaching, recommendations, products & information mentioned in this or other social media pages, public forums, paper/mail correspondence, personal conversation, email, and/or through associated website pages, have not been evaluated by the United States Food and Drug Administration and are not approved to diagnose, treat, cure or prevent disease. Neither does Natasha’s Fresh Bistro, Birdsong Resort & Marina, or the Tennessee Rivers Freshwater Pearl-Culturing Farm claim to do any of the latter. The information provided by e-mail, snail mail, during conversation, and/or through associated website pages is for informational purposes only and is not intended as a substitute for advice from your physician or other healthcare professional. You should not use any of this information contained in any of the latter forms of communication for diagnosis or treatment of any health problem or for prescription of any medication or other treatment. You should always consult with a licensed healthcare professional before starting any diet, exercise or supplementation program, taking any medication, or if you have or suspect you might have a health problem?

“[Spiritual Fullness in Christ] So then, just as you received Christ Jesus as Lord, continue to live your lives in him, rooted and built up in him, strengthened in the faith as you were taught, and overflowing with thankfulness.” — Colossians 2:6-7